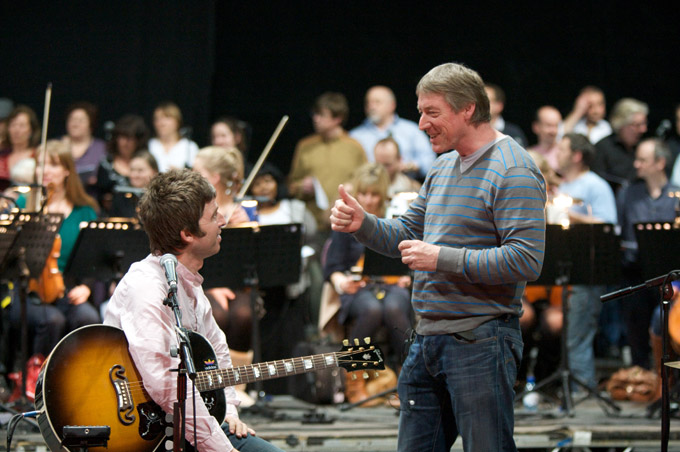 Crouch End Festival Chorus was founded in 1984 by David Temple and John Gregson, who had met and sung together in the London Philharmonic Choir. Under their guidance and innovative leadership, CEFC has risen to be one of the leading large choirs in the UK, with repertoire encompassing both the standard classics and less familiar works from the twentieth and twenty-first century. Highlights during the course of the choir’s history include the first performance in Poland of Tippett’s A CHILD OF OUR TIME in 1994 and, in the same year the choir sang at the fiftieth anniversary of this work in the presence of the composer. In 1997 the choir were invited to sing in Act 2 of Satyagraha in a Royal Festival Hall concert celebrating Philip Glass’ 60th birthday.

CEFC regularly commission new large-scale works. These include Paul Patterson’s HELL’S ANGELS and two works by Joby Talbot – who combines composition with arrangement and keyboard duties for the band THE DIVINE COMEDY.

The choir maintains a busy recording schedule, including three albums of CINEMA CHORAL CLASSICS for Silva Classics – which achieved chart success in America – and a double CD of Britten’s THE COMPANY OF HEAVEN and Will Todd’s THE BURNING ROAD. The choir worked on the latest JOSE CARERRAS album and have released an album of CHRISTMAS CHORAL CLASSICS and John Barry’s score for THE LAST VALLEY and THE LION IN WINTER and performed in London’s Millennium Concert with SIMPLY RED. THE EURYTHMICS and soprano LESLEY GARRETT.

In June 2009 the choir reached no. 5 in the Amazon charts with the Kinks Choral Collection, recorded with 1960s pop icon Ray Davies. CEFC’s recent recording with Kate Royal, Midsummer Night, was nominated for a Grammy Award. The chorus is also the regular soundtrack choir for Doctor Who on the BBC.

In early March 2010, CEFC featured in a Classic FM concert at the Royal Albert Hall. Later in the month, we were delighted to join Noel Gallagher for two nights, also at the RAH, as part of an all-star celebration of the Teenage Cancer Trust’s 10th year of music and comedy. In April, the chorus was back at the Royal Albert Hall once again with the legendary Hollywood composer Ennio Morricone (one of our patrons), known for his scores for such classic films as A Fistful of Dollars,  The Good, the Bad and the Ugly and Once Upon a Time in the West.