Christina Johnston, who trained at Prague State Opera, now returns to her native Britain to continue with the next stage of her flourishing career in the Concert Hall, Operas Houses and on Film Soundtracks

Blessing is a mix of Popular and Rare Opera Arias with the addition of 2 “Crossover” songs, the haunting “Fallen Soldier” with lyrics by acclaimed author Frederick Forsyth and the evocative title track “Blessing”
A NEW OPERA STAR ON A NEW CLASSICAL LABEL

Christina Johnston most certainly is not another in a long line of “pop” sopranos trying to sing opera! She is a full-fledged opera star in Central Europe who just happens to also enjoy singing repertoire from musicals and films, and – after building up a career based in the beautiful city of Prague – the Suffolk-born Johnston is now returning to her native Britain.

For her debut album, Blessing, Christina and producer James Fitzpatrick chose a mix of highly popular opera arias plus some rarities that were totally suited to her high soprano voice. On the CD, Christina displays her amazing gift for languages by singing in no fewer than nine, including English, German, Latin, Russian, French, Italian, Czech, Norwegian and the French dialect Occitan.

To bookend the classical selections, Christina chose two contemporary songs with a folk/pop feel. “Fallen Soldier,” with lyrics by world-famous author Frederick Forsyth, was composed by Gareth Williams, long-time mixing and mastering engineer for all the Tadlow Music recordings who has also worked on albums by Lesley Garrett, Rebecca Newman and Blake and is a talented composer in his own right. The title song of the album is “Blessing,” a haunting Celtic ballad based on a traditional text and set to a melody by popular Swedish singer star Myrra Malmberg
First Release from the New Classical Label TADLOW CLASSICS
Produced by Industry Veteran who also “discovered” LESLEY GARRETT for Silva Screen Records and Produced her last Classical Number 1 album “A North Country Lass”
Performed by the Acclaimed and Multi Award-Winning City of Prague Philharmonic Orchestra and Chorus Conducted by RICHARD HEIN of Prague State Opera
CHRISTINA has engaged the services of the very experienced LISA DAVIES PROMOTIONS – known for their work with CLIFF RICHARD and many Classical and Crossover singers like REBECCA NEWMAN, BLAKE, RUSSELL WATSON
Deluxe CD Booklet
Arias and Songs by MOZART * ALYABYEV * DELIBES * RACHMANINOV * PUCCINI * BELLINI * DVORAK * GOUNOD * HANDEL * GRIEG * CATALANI (aka VAVILOV) * JOHANN STRAUSS * CANTELOUBE
OVER 77 MINUTES OF BEAUTIFUL SONGS AND ARIAS FROM A YOUNG OPERA STAR DESTINED FOR A GREAT FUTURE IN BOTH THE OPERA HOUSE, CONCERT PLATFORM and RECORDING INDUSTRY
SEE CHRISTINA IN CONCERT THIS SEPTEMBER AND OCTOBER AT
https://www.ticketline.co.uk/christina-johnston#bio 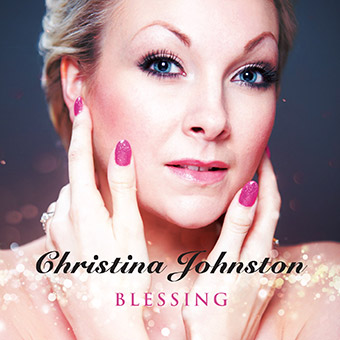